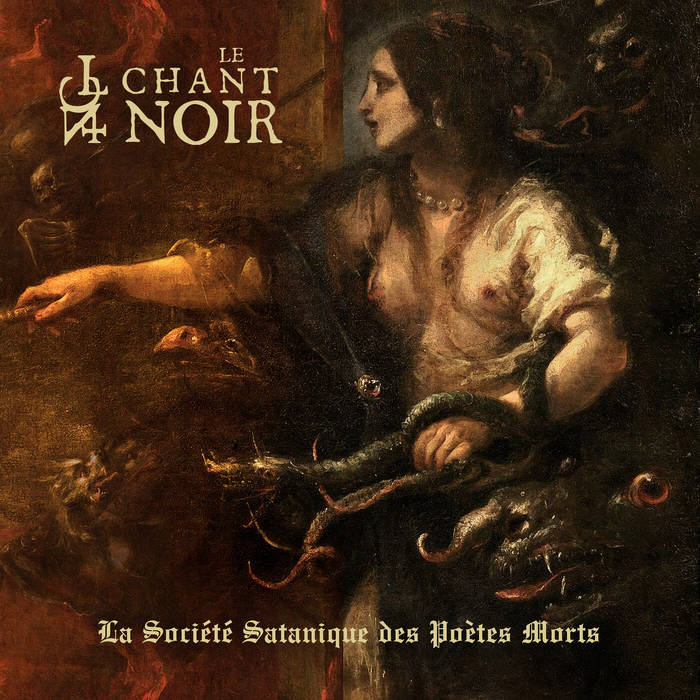 YomaBarr This is so BEAUTIFULLY kitschy that it's grand. I can't stop listening, and I mean kitschy in the best way possible :)
I'll take you to my graveyard and to the depths below, I am Lucifer!!! It's made my Friday.

Formed in 2016, LE CHANT NOIR arrived on the international metal map with single-minded purpose: deliver a grandiose statement of the majestic and macabre. And that's exactly what they did with their debut album, Ars Arcanvm Vodvm, in 2017. Then again, LE CHANT NOIR was hardly a "new" band, comprising as they do a veritable "supergroup" of the Brazilian underground: vocalist Lord Kaiaphas, well known for the classic albums of Norway's Ancient, Mad Grandiose Bloodfiends and The Cainian Chronicles, as well as Thokkian Vortex among others; guitarist Mantus AKA Marcelo Vasco, known for such bands as The Troops of Doom, Patria, and Mysteriis as well as being an acclaimed graphic artist for the likes of Slayer, Kreator, Machine Head, Soulfly, and Hatebreed; and the drummer Malphas, who's a bandmate of Vasco's in Mysteriis.

At long last, LE CHANT NOIR deliver their second statement of the majestic and macabre: La Société Satanique des Poètes Morts. Building upon the firm foundation of its acclaimed predecessor, LE CHANT NOIR's second album threads together the darkest fibers of archaic black metal, doom metal, and even dark metal, arriving at a sort of avant-garde symphonic black metal that's simultaneously authentic throwback and refreshingly modern. Taken another way, immerse thyself in the chilling waters of La Société Satanique des Poètes Morts and one can imagine this sort of high drama slotting well alongside Rotting Christ, Bethlehem, and Arcturus during the late '90s - indeed, the very era where DARK METAL was in legitimate parlance. References or none, however, there's no disputing the spindly, spellbinding power of LE CHANT NOIR here, as their unsettlingly odd textures and vampiric, olde-worlde atmospheres easily transport the listener to centuries long ago and perhaps long forgotten, of French cabarets populated by aristocratic Satanists and those practicing medieval witchcraft. Simply, it's an entire sonic/psychic landscape unto itself, and one you'd be hard pressed to locate in today's metal scene.