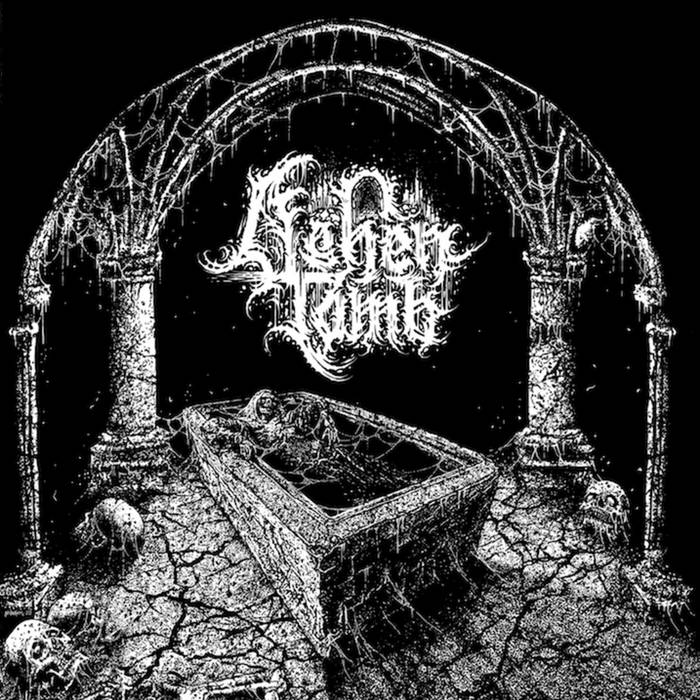 "Born from a rotten womb, scorned through life, until laid down in ashen tomb..."

Formed in 2021, ASHEN TOMB are a Finnish death metal band hailing from Helsinki. No more but definitely no less, ASHEN TOMB proudly play straight-up DEATH METAL with influences from such legends as Autopsy, Incantation, and Finland's Abhorrence. They do not aim to re-invent the wheel; rather, ASHEN TOMB lean on the pillars of death metal set back in the tape-trading era. Nevertheless, there's an eerie air of the melancholy to their crush, as their self-titled debut EP vividly displays: across its three songs in 14 minutes, ASHEN TOMB already sound like seasoned masters of the authentically OLD.